Shemima and Ali of Date Rush are really trending on many social media platforms after these photos went viral.

The two have gone viral over what many has labeled as unbelievable love relationship. This comment have been sanctioned as world’s apart.

To the surprise of many, they seem to be making the headlines on many social media platforms.

In viral photos that is currently buzzing on social media, the two love birds are freely expressing their love towards each other.

READ ALSO: Video: Shemima of Date Rush Has Been Exposed By Alleged Husband

Shemima and Ali had an exclusive interview with zionfelix in his newly built studio as she danced and shook her backside. Ali, who was seated all this while, got gingered and decided to do something unthinkable.

Out of the blue, Ali got up to his feet and walked toward Shemima, held her and put his head on her backside.

These two lovers seem to having fun after been deciding to two on a love relationship path.

Check out the viral photos below; 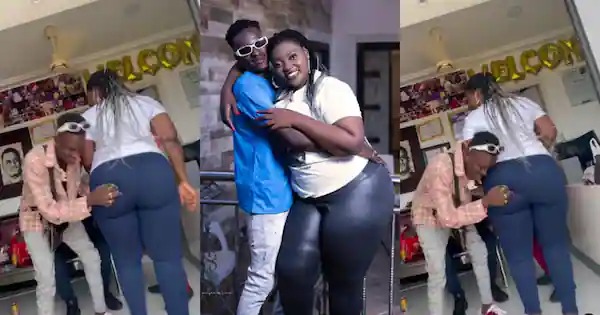 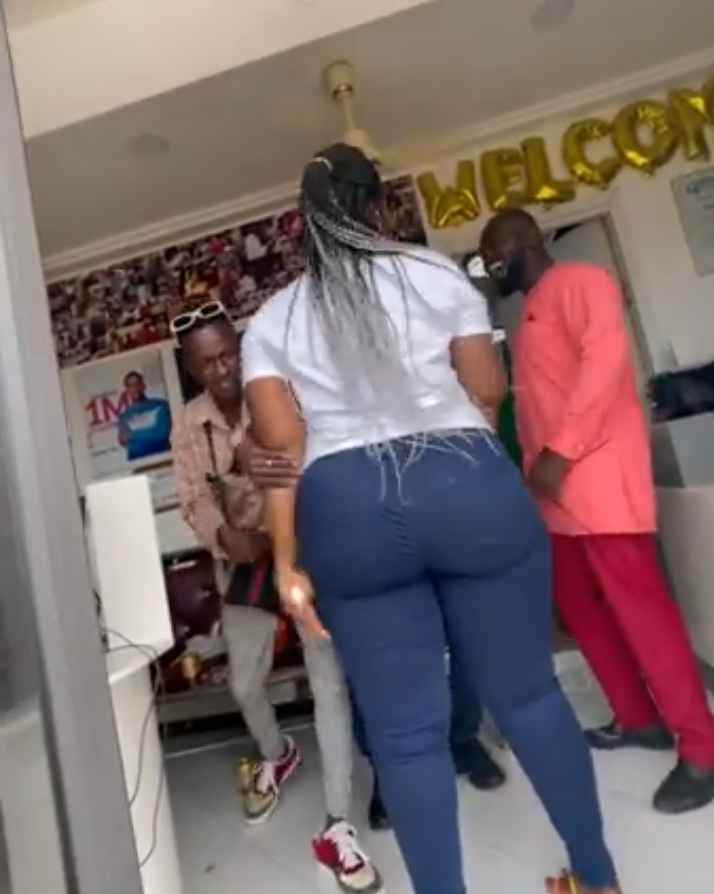 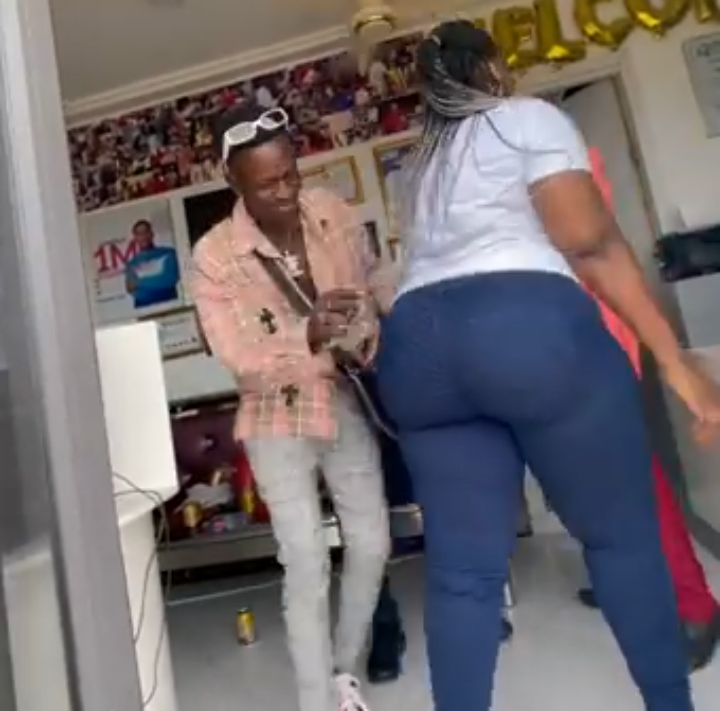