“Chelsea star Antonio Rudigar has arrived in Ghana for a private visit. The champions league winner touched down last night with former black stars coach Avram Grant after his countryside Germany fails to beat England to qualify to the next stage”. 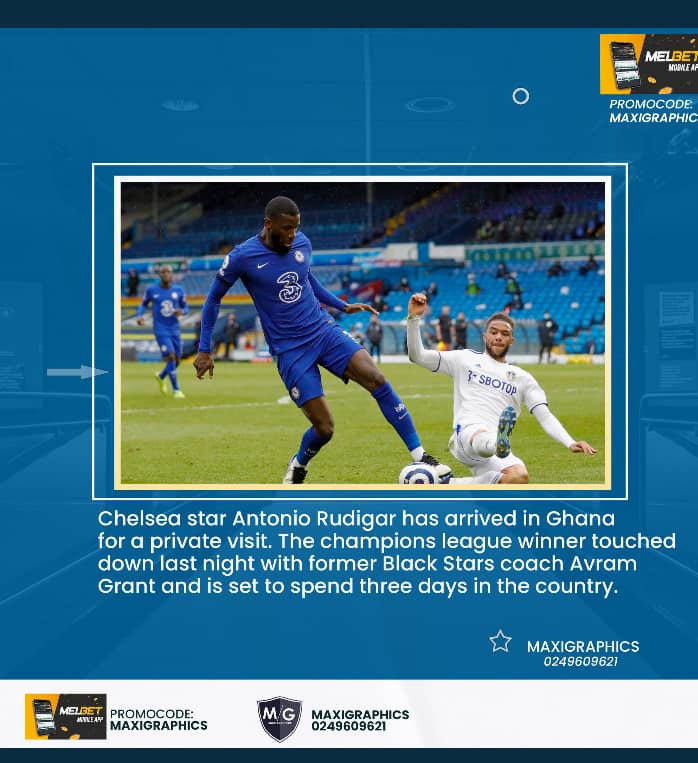 The champions league winner is set to spend three days in Ghana for he holidays.

A Chelsea supporter had the chance to take a picture with him. 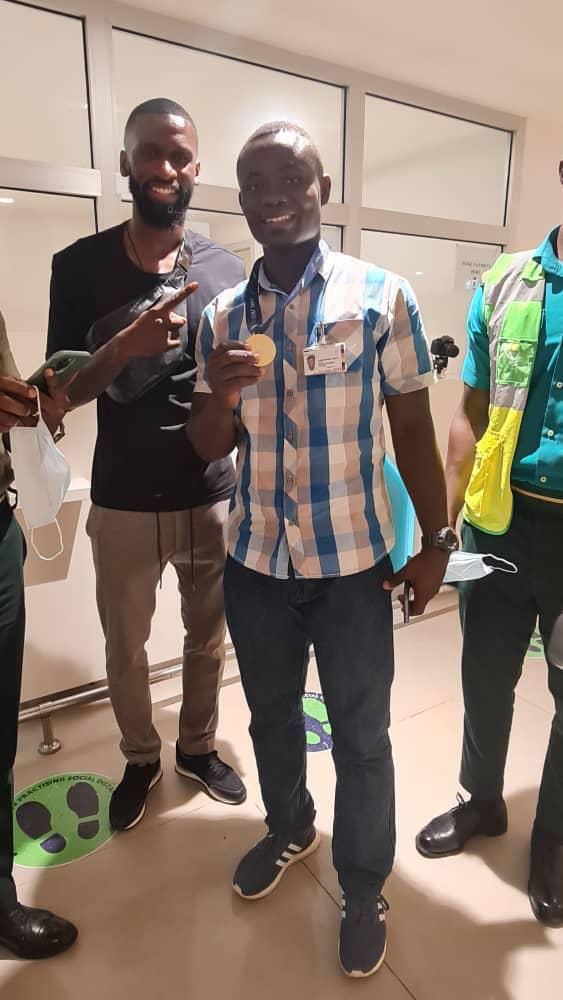 Chelsea supporters in Ghana were very happy to see their Defender in their country.

Antonio Rudigar was part of the team that won the under 17 World cup and also a champions league with Chelsea. He is willing to win more trophies if the season resumes in early August which is just next month.

Chelsea football club supporters here in Ghana are very happy the champions league winner has touch down to their country.

Before him, the likes of Hudson Odoi and Gideon Fosu were all in Ghana for some holidays. 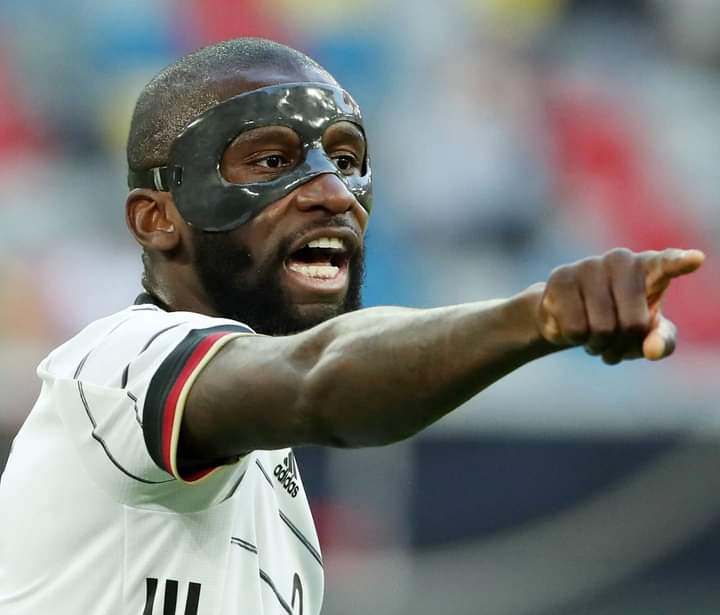