Before the match day, Afia Pokua started jubilating in anticipation of victory from the Porcupine Warriors with different photoshoots on her Facebook page but at the end of the match, her anticipation failed. This came as a shock since she did not expect Kotoko to lose.

According to her, she was taken home by her mother after the shock and some concoctions were made for her to drink. She revealed that after the concoctions given to her by her mother, she is now feeling better just that she is feeling cold and having headaches with general body pains.

“My nephew took this picture of me a couple of hours ago at grandma’s house. My mum is giving me concoctions so I’m getting better. I’m really feeling cold. I have headache and body pains” she said. 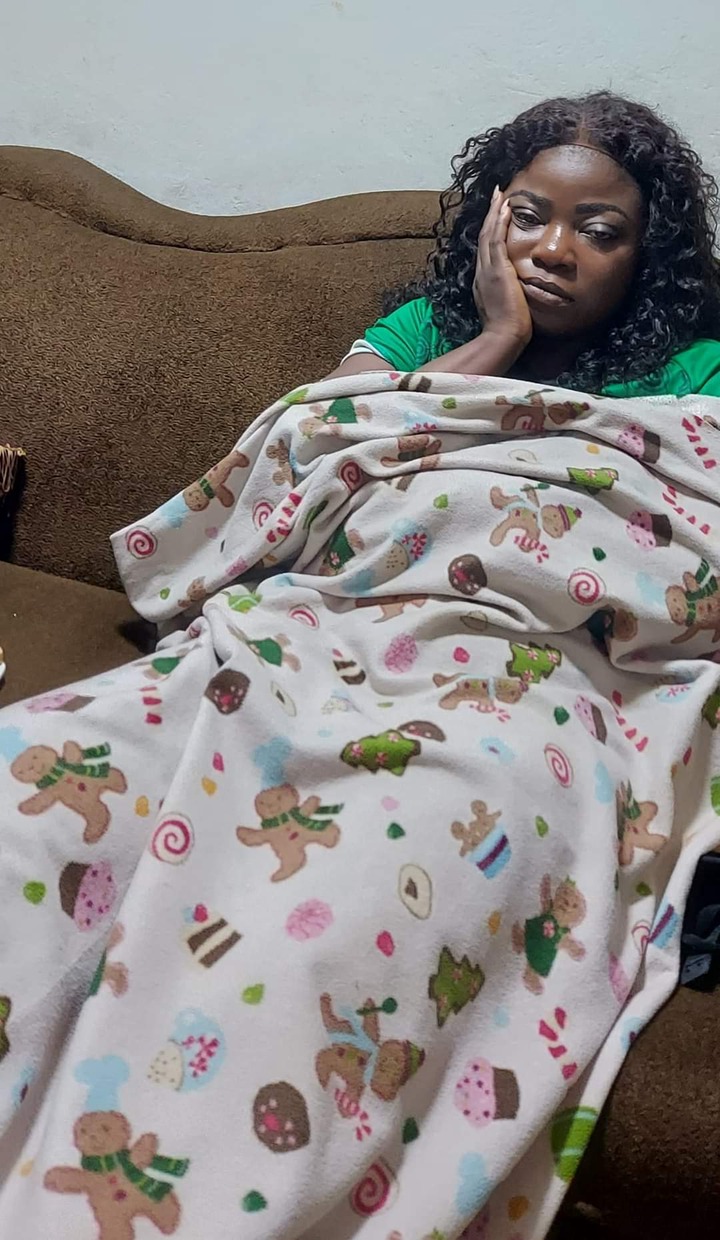 Meanwhile, her followers on social media has sympathised with her while others have also mocked her for giving her heart to Kumasi Asante Kotoko to break it.

Here are some few reactions from her Facebook page

Esi Murphy said “Next time you will support a better team like Hearts of Oak. Don’t forget we will be listening to your news at 6am”

Joe Nat also said “Speedy recovery wai so we will not make any excuses for tomorrow’s work, we are waiting patiently for you tomorrow on UTV. have a sound sleeping.”

Ike Dwaine “So sorry you have to pass through this..But like I usually say,emotions should make us stronger not weaker…. May God heal your pains ma”