In these past few days, it’s been sad news in relation to Leticia Kyere Pinanmang, a final year student of Miracle Senior High School.

The school is a second cycle school in Sunyani in the Bono East region of Ghana. The Late Leticia is making the headlines though she is no more with us. 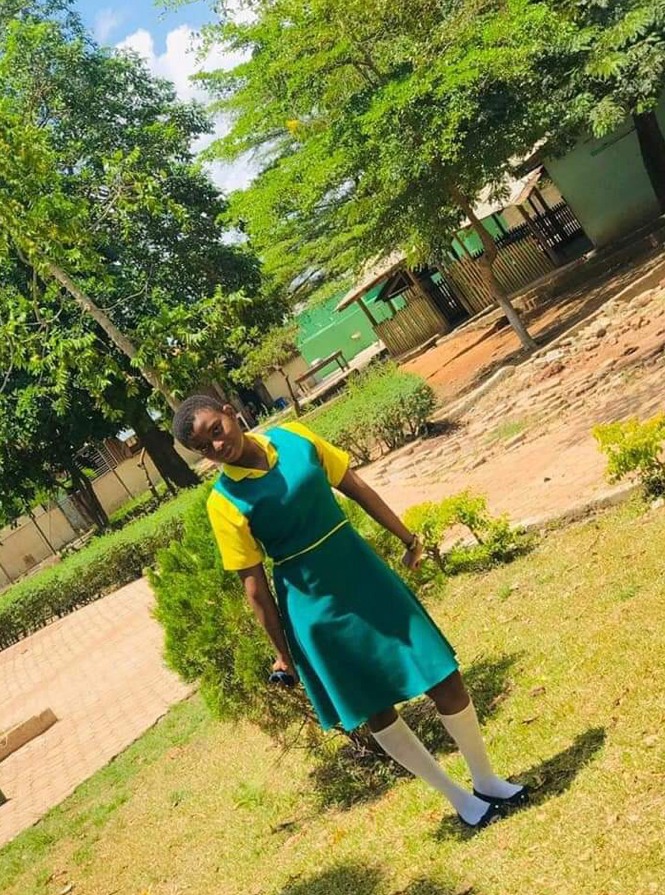 A lot of rumors and speculations have pop up on what actually killed the girl. The alarming rate of suicide in the country is on the high. Her death add up to 2 other suicide cases this week in Ghana. Recently, a young boy by the name Isaac and is believed to be 11 years of age was found dead by hanging.

What at all in this world would prompt a little boy at that age to kill himself? Or there are some people behind and making it seem like suicides? What made this boy allegedly kill him is yet to be known.

Back to Leticia Kyere Pinanmang. There are numerous comments on what really killed this beautiful girl. Some are saying she committed suicide by hanging herself because of broken-heart by her lover. Others say she did so out of mere depression. But the parents of the girl are saying their baby girl was killed. Her father even said that blood was drawn out from his daughter and has pictures to back that claim.

However, a recent picture from the girl’s dairy has added a different twist to the whole issue. This note is believed to be hers and from the look of things the young girl was dejected. She had no one she could call a friend. In the note said she thinks it is because she was not beautiful that is why things are going that way.

Furthermore, the note said she was always deceived and regrets coming into this cruel world but knows God would change the story of hers. 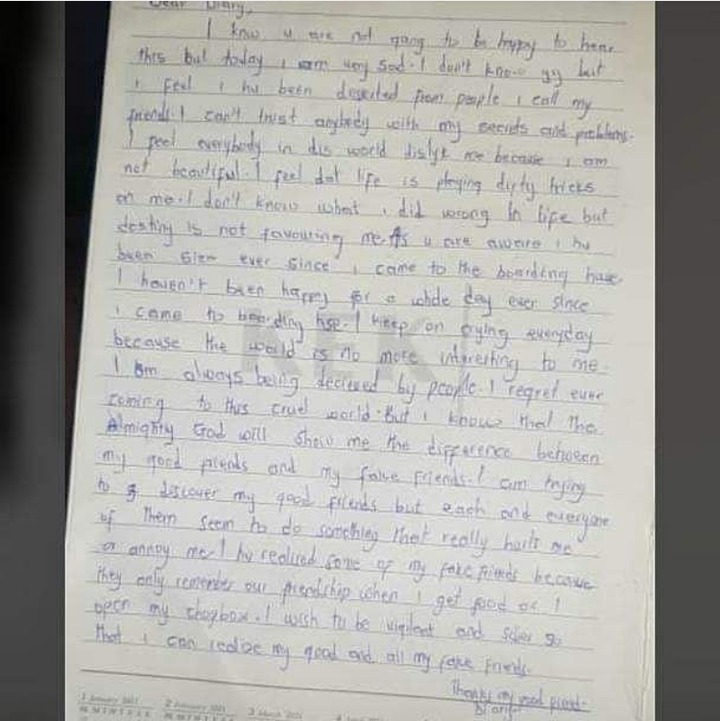 This note however seemed not to change the thought of others from the fact that she was killed. When this hit the internet, many people said it was all a planned thing. This could be from any other person and therefore do not believe it to be true.

Below is a screenshot of the comments by netizens online: 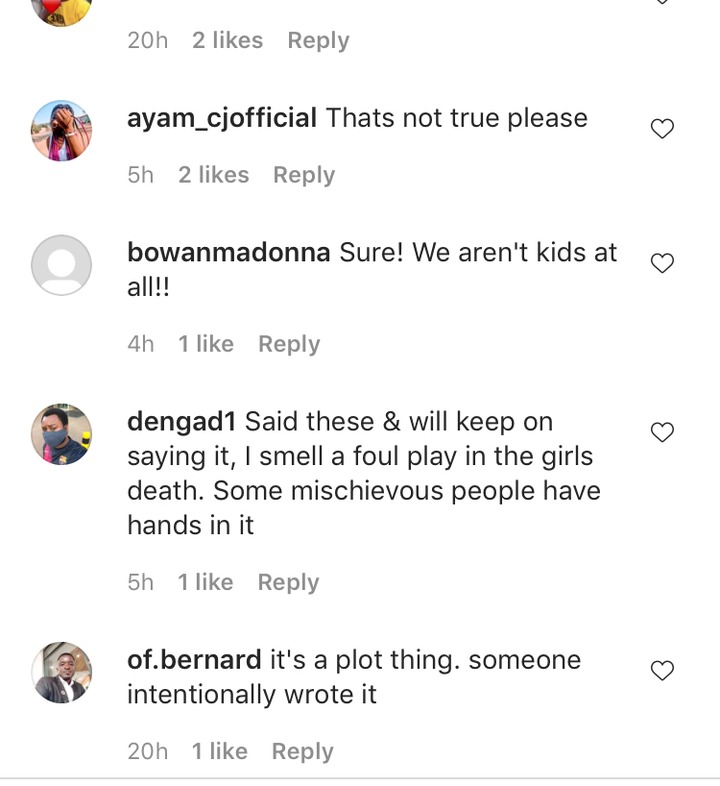 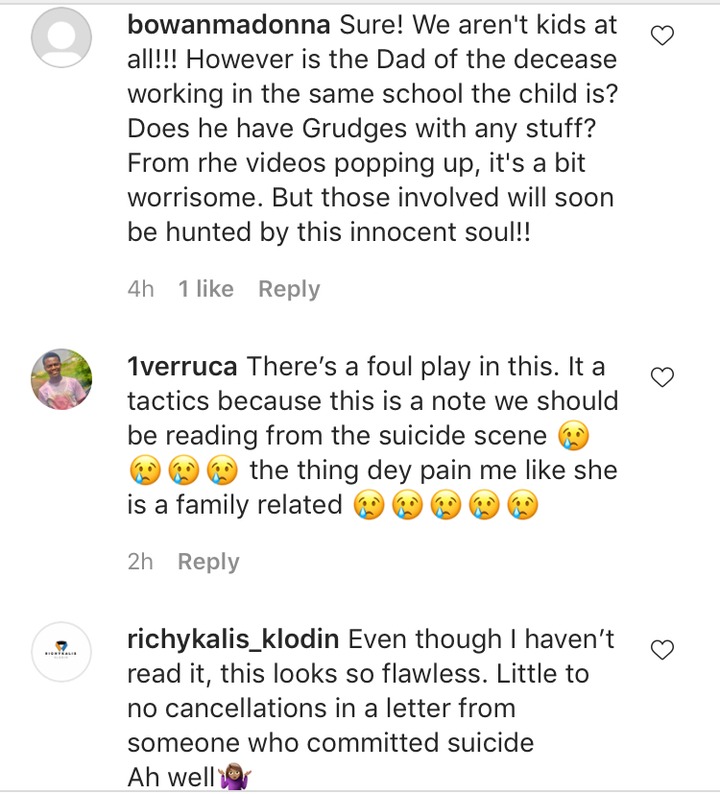 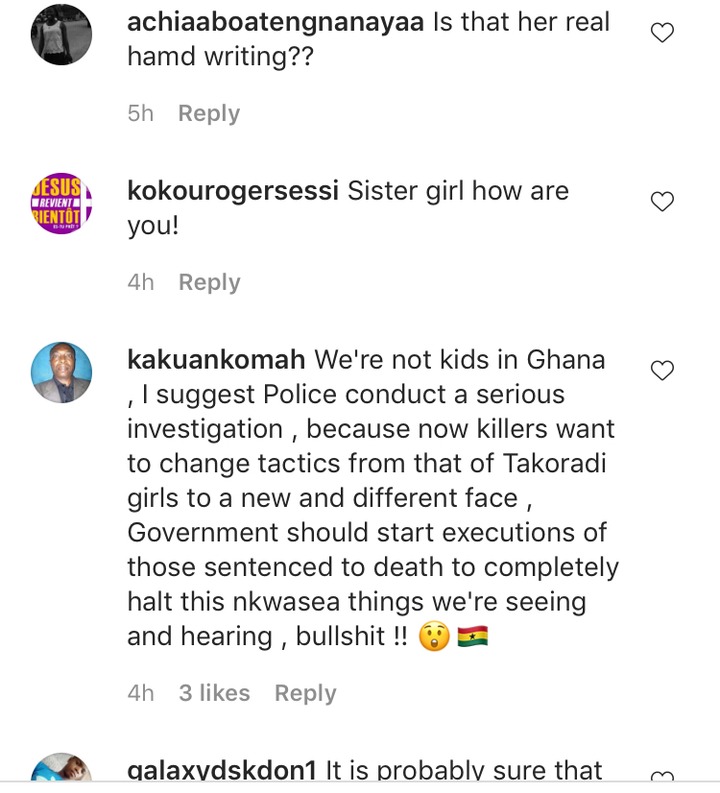 Do you also believe that she was killed? 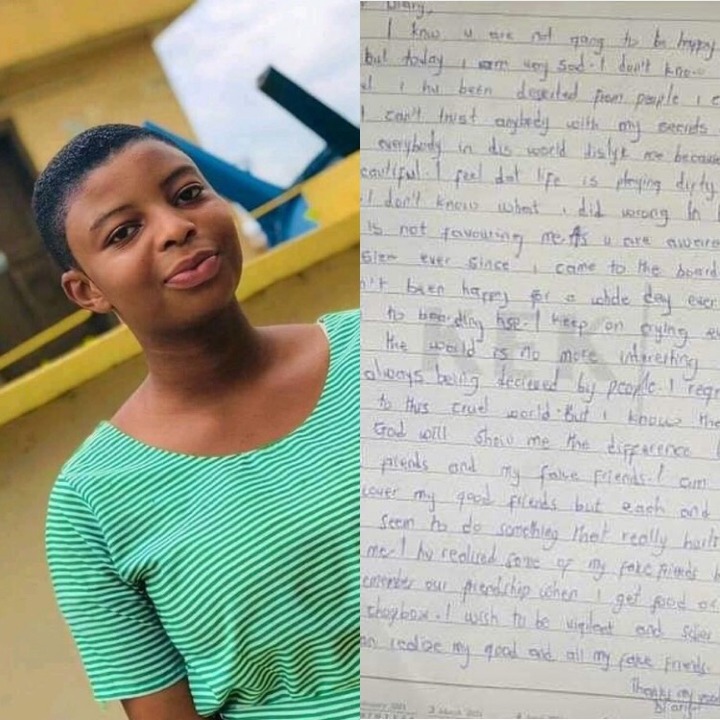 Mubarak Wakaso Biography And Net Worth