Ali and Shamima had entered the reunion stage of the Date Rush Show with beautiful dance moves. But unfortunately fell on stage. The two have been trending for various reasons after their first encounter on the date rush show. After the program, they have been on social media for all the reasons.

Just recently, they were spotted in a shop buying what looks like a wedding gown. They were billed for the reunion show and Ali was dressed in all white attire with Shamima donned in a red dress. As they were ushering each other on the show, Ali tried to carry her partner in his arm. 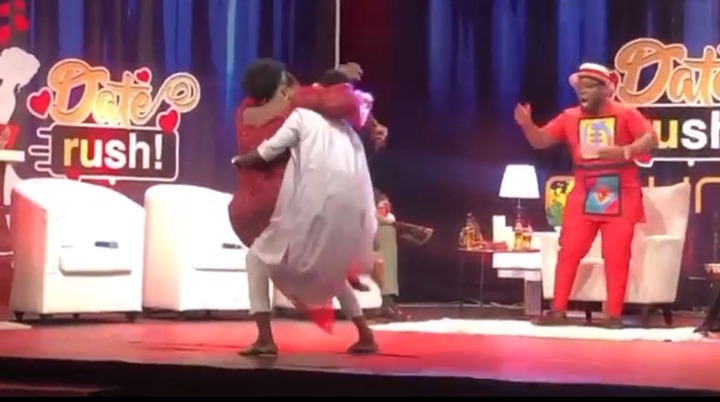 But unfortunately, Shemima fell from his hand and they both landed on the ground. They both had to get up and the entire auditorium bounced into laughter. Giovani, the host of the program could not hold on but had to laugh out loud.

When he inquired why Ali wanted to raise a load that is heavier than him, he indicated that “I was only trying to show her love”. He indicated.

Shemima on the other hand indicated that her waist had been affected in a jovial way. 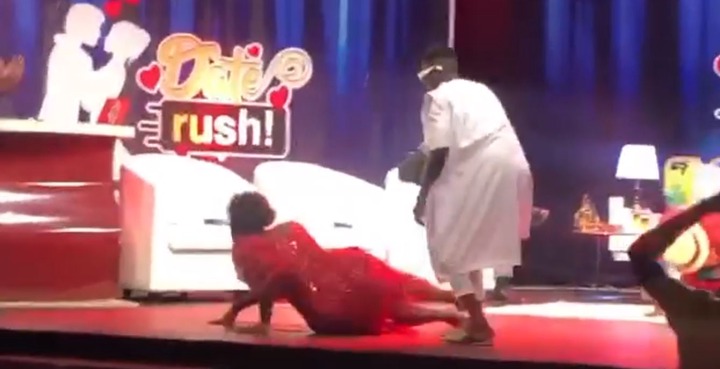 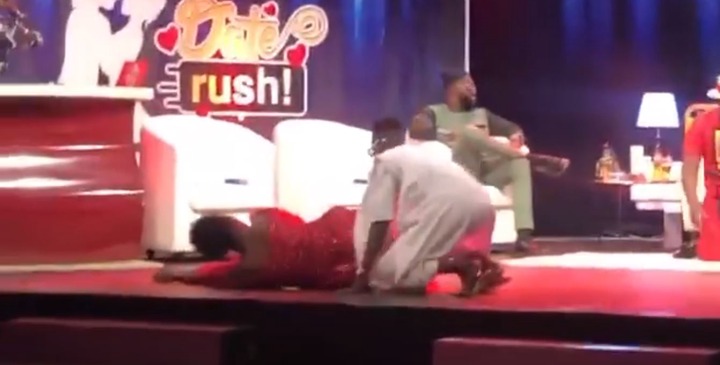 On the issue of Shemima having a husband already, she dispelled the rumor and indicated that the guy who made the allegation has been identified and lawyers are dealing with him accordingly. But the take of the night was how Ali fell with Shemima on the stage.

We Must Support The Blackstars Of Ghana And Urge Them To Fly The Flag Of Ghana Very High – John Dramani Mahama To All...

We Must Support The Blackstars Of Ghana And Urge Them To...

Fameye Shares Photos Of Himself And His Son Arvid On A...