The Young men captured in a viral video brandishing guns have run to the popular Ashanti deity, Antoa Nyamaa for revenge. According to the young men, they are innocent and have not engaged in any form of robbery before. In a motion image that has since gone viral, the young men looks angry and unhappy about the allegations leveled against them by a cross section of Ghanaians.

They had eggs and Schnapps in their possession to curse anyone who is behind the video. Where they were spotted holding guns and huge sums of monies. According to them, they have been offering protection at a galamsey site at Wa and have never been involved in any form of armed robberies in the country.

READ ALSO: A Young MzVee Fan In Tears Of Joy After Meeting the Songstress

They indicate that some persons hired them to protect their galamsey sites and that is why the guns were released to them. Three of the young men could be seen in the video casting the spell. 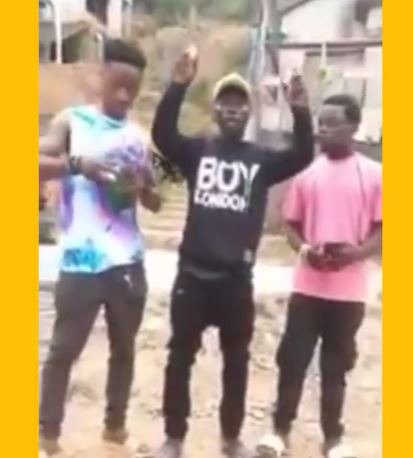 READ ALSO: Is Jackie Appiah a twin? See Photos Of Her Lookalike 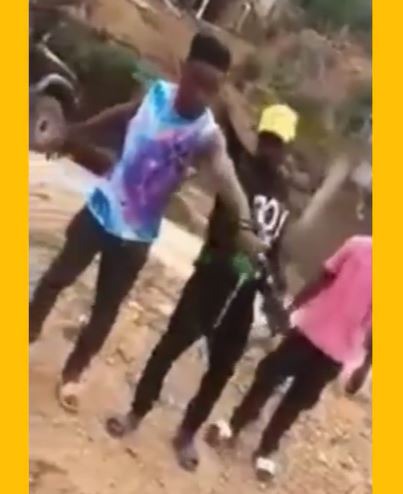 “We are not running anywhere, Ghana is our country. Everything they are saying about us is false. The armed robbers are there, the videos were made years ago. You can ask the Police Commander of Wa if we are armed robbers.

READ ALSO: How Stonebwoy Met His wife (The True Story)

We suffer to eat and have never robbed before. We are brothers who hassle for a living. However, the video was to scare rival galamseyers. Just look at us if we are robbers. So this is our eggs and schnapps, we are calling on ‘antoa’ and the gods in our hometown for all those spreading falsehood against us”. They indicated. 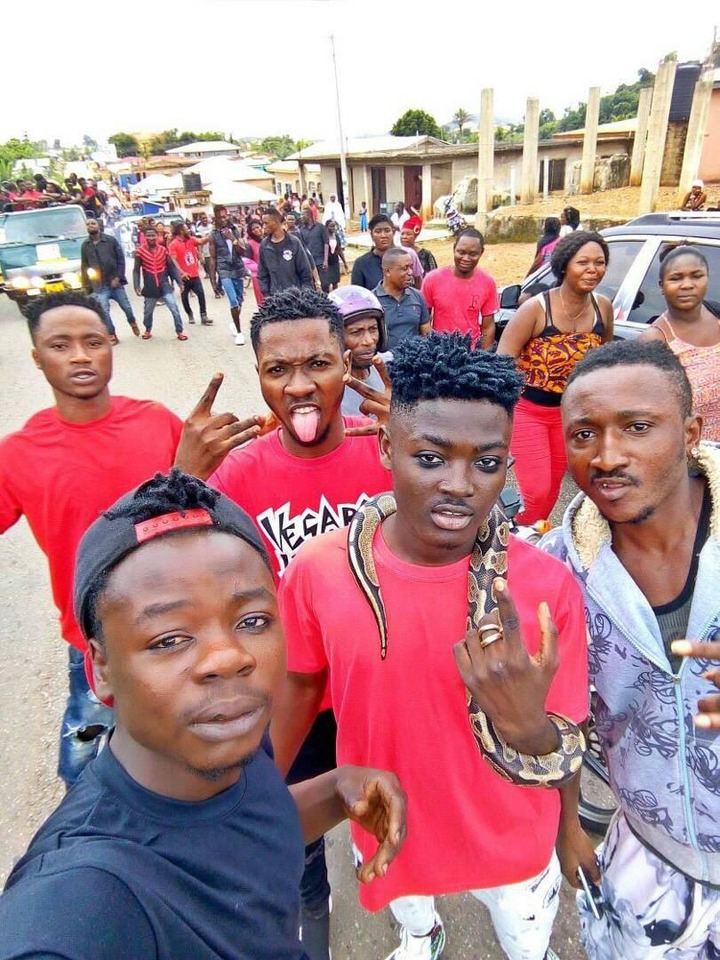 A video of these young boys has since gone viral in the country with people calling for their arrest. They were seen with guns and monies a few days after the James Town Bullion van robbery incident. However, some persons alleged that the gang live in Obuasi and engages in all sort of illegal activities.