Ghanaians Reacts To Funny Pictures Of School Kids Caught In A Moment Of Love.

An image of young kids enjoying an adorable moment of love and pure affection has received several reactions on social media.

The image captured the two students comfortably relaxing and enjoying the breeze of fresh air while the young cut the fingernails of the young boy.

Whereas some social media users possessed the view that the display of such affection at a young age is unhealthy, others argued that they could be siblings.

However, the majority of Ghanaians who reacted to the photo simply described it as funny and opined that there was no need to create a big fuss about it since the kids in the image are unknown and the image is not in 3D. 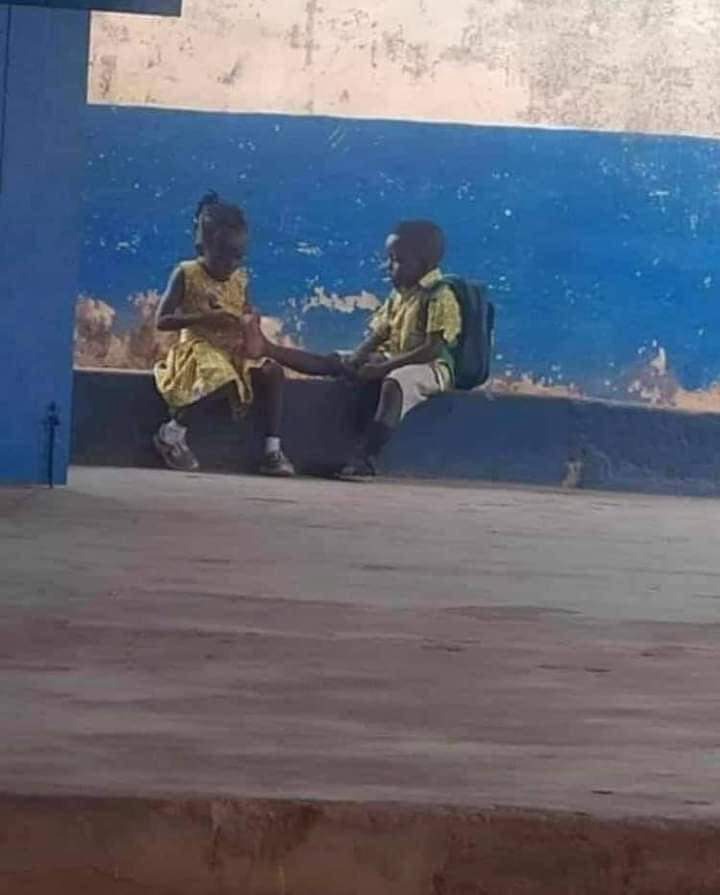