Chelsea will play Manchester City in the Champions League final in Istanbul after handsomely overcoming a fading Real Madrid at Stamford Bridge. Chelsea win over Madrid last night sets up an English final against premier league club rivals, Manchester City on the 29th of may at Instanbul. The Blues were far off the better side last night as they where dominant in both half’s. And forcing Real Madrid to make errors in their own half’s and also created more chances. 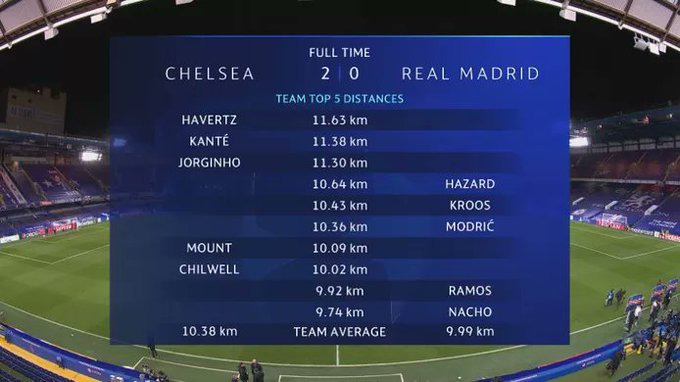 Havertz covered 11.65km yesterday, only Kante is close to meeting up with him as he his 0.25km away. Jorginho on the night had distance of 11.30km.

Havertz was sublime yesterday, rate him out of 10 in the comments section below. 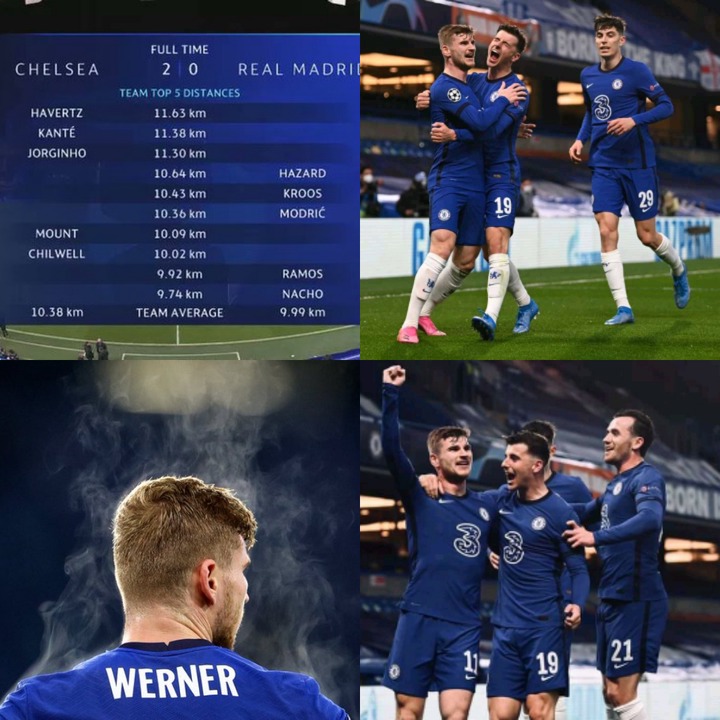 The result adds another chapter to the amazing transformation under Thomas Tuchel since he succeeded Frank Lampard in January. This also gives him the chance to make amends for the 2020 Champions League final with former club.