Meet The 198 Years Oldest Woman In Ghana And See The Secret Behind Her Longliving.

Today will go down in the history books of the country as a very memorable day as the oldest woman in the world is from Ghana. Aside that she was also responsible for the birth of Ghana’s first president, Dr. Kwame Nkrumah. She was seen today speaking live on TV on Captain Smart’s show. Captain Smart told his viewers some weeks ago that he had met the old woman who was responsible for Nkrumah’s birth. He also fulfilled a promise of doing everything possible  to bring Maame Amordzi to her show. She is currently 198 years of age from Subiriso in the western region of Ghana.

Well, we know people may ask if we still have people like Madam Amodzie still living in the world. Yes, there are others like her but her story narrated on Onua Maakye indicates she is the oldest person in the world. 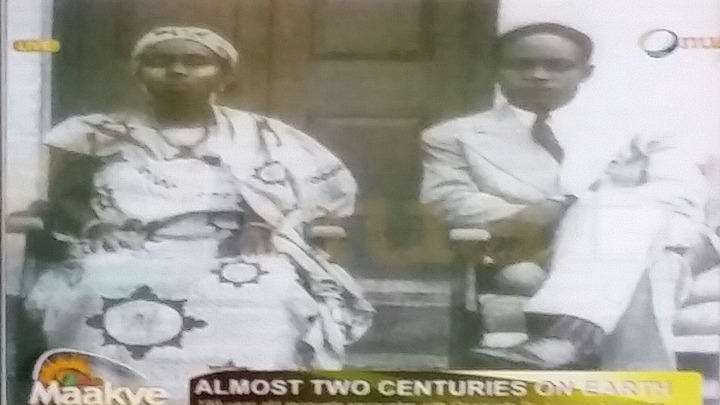 The old woman from Subri in the Wassa East District of the Western Region. Madam Amodzie is from Adu, a village in Nzema.

She indicated she has seven children and the last born is over 80 years. If you doubt her age then you can calculate looking at the time Kwame Nkrumah was born.
According to her, Nkrumah’s mother was unable to give birth even in her old age. She was far older than Nkrumah’s mother when she came to her father who was a herbal doctor for medicine that would enable her conceive. Maame Amodzi further revealed it was out of the medicine her own father taught her to prepare for Nyaniba that resulted in the birth of Nkrumah in 21st September, 1909. She confirmed she is currently 198 years old with 7 children. But sadly lost 3 out of her 7 children with her last born 82 years of age. One surprising thing about her is she does everything on her own without any walking stick nor the help of others.

People are in doubt of her age but per the calculation, Nkrumah would have be 112 years by now. So supposing Maame Amodzi who used to prepare herbal concoction for Nkrumah’s mother was to be 60 years at that time, then adding 112 to 60 makes her the oldest person alive in the world.

She displayed her dancing skills as she was given the platform to show how fit she is. Finally, she revealed the secret behind her old age. She stated it’s because of respect and good works to people. So the youths must see to it that they learn.

Mubarak Wakaso Biography And Net Worth